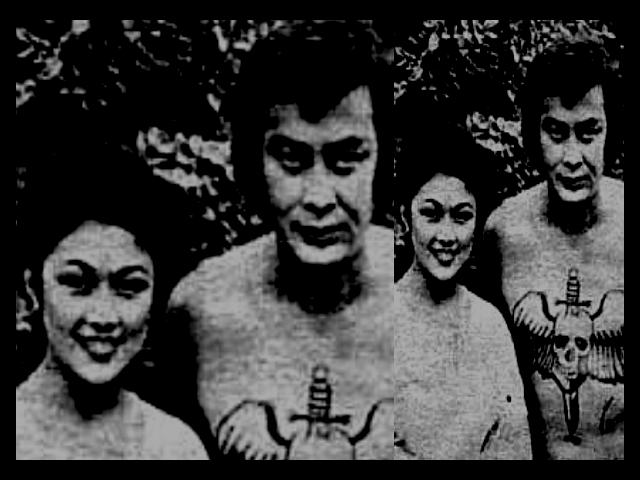 Maria Saret is a Filipina film director and writer. She was first recognized for her 1966 screenplay of the film Miranda: Ang lagalag na sirena starring teen star, Marifi. In 1973 she directed her first feature film, the drama about women in prison, "Bakit may bilanggo sa anak ni Eba?" starring Gina Pareño, Rosanna Ortiz and Alona Alegre. Saret was nominated for the 1989 FAMAS best director award for the movie Lorenzo Ruiz, The Saint...A Filipino! She won the best screenplay at the Film Academy of the Philippines for the same film. 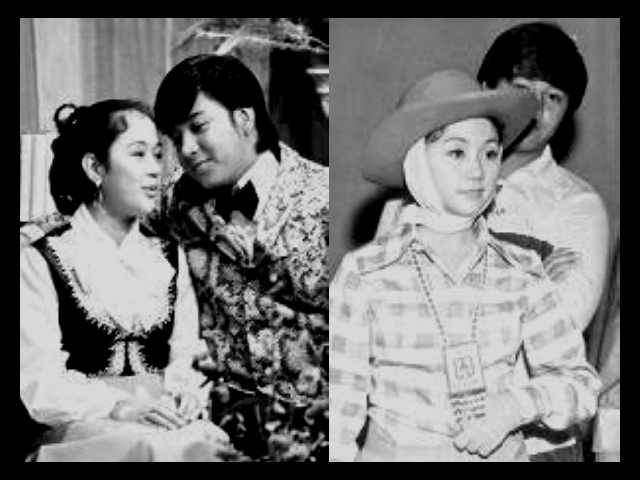 Leody Diaz is a Filipina film director and actress. Her earlier credit consists of 1965's Labanang Babae (The fight of Women) as an actor and as the writer of Bella Bandida (Bella, The Woman Bandit), She started directing in 1967 via Target: The A-go-go Generation, a comedy musical which became her main genre of her body of work.

Because You're Mine (1970) - Edgar Mortiz-Vilma Santos film with Anita Linda. (READ MORE)

Topical, Realistic Themes "...Tony and the Tagalog Ilang-Ilang Productions plan not only to produce big budgeted films for international competition next year, but to bring into local movies topical, realistic themes like student power, social unrest, violence in our midst, etc. But meanwhile, the gring has to go on. Right now he is filming Blue Seal Mata Hari under the direction of Leody Diaz, where he is experimenting on teaming up Filipino actors with colored women and vice - versa. And for the first time, he said, a Filipina actress, sex siren Liza Belmonte, consented to be kissed by a colored man in this film. So it goes too with Tony, where he is paired with two colored women with kissing scenes..." - P. Oden Amurao, Republic Weekly, 03 October 1967 (READ MORE) 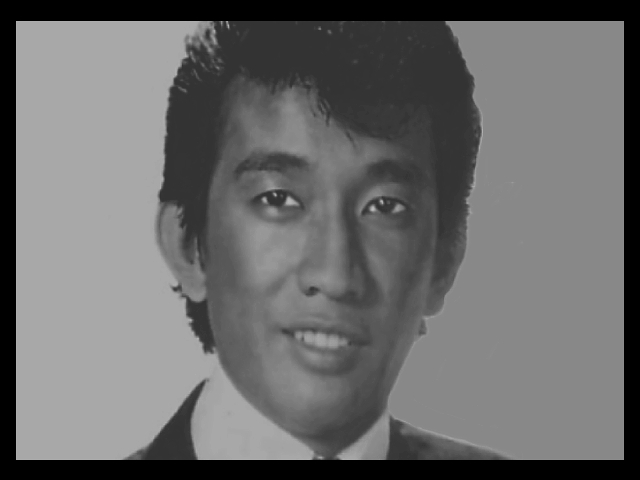 Consuelo P. Osorio is a Filipina film director and actress. Her earlier acting credits consists of 1949's Bulakenyo and 1984's Bagets Part 2, her first and last films.. Like Leody Diaz, Consuelo became active in late 60s to early 70s directing singing teen stars in musical-comedy or musical-drama genres. Peque Galaga, the popular director of Oro Plata Mata fame, was quoted saying, Consuelo P. Osorio of Premiere Productions as his early mentor because, "It was she who tutored him on points such as casting that would spell success in surviving in the industry."

Ateng Osorio - "...I asked the receptionist who was the TV writer present that day and she mentioned the name: Consuelo Osorio, also known as Ateng Osorio. She told me which studio she was working that time and I proceeded to find her. Unfortunately, upon entering the TV barn, a production assistant told me that she actually went to the cafeteria to have coffee. So I went to the cafeteria and tried to find her. I asked the person at the till to point out to me Miss Osorio, and she did. She was seated at a table, smoking, talking to another lady, and both of them, I noticed, were looking at me. I approached them and introduced myself. She gave me a handshake and introduced the other lady: “She’s Mitos Villareal, our director.” After shaking Miss Villareal’s hand, I didn’t hesitate to tell them that I was there because I want to become a writer for TV and the movies. They both smiled. “You’re a bit too young to work as a writer,” Ateng told me. “Besides, you look more like an actor than a writer! We immediately noticed you the moment you entered this room. You are unusually fair. You are even fairer than Jeanne Young. Leave your phone number with me, I’ll find something and I’ll give you a call....Well, perfect timing. I need someone your age. I am auditioning today and tomorrow for new talents for BBC Channel 2. Since I already know that you can do it, you’re in. I need you to come for taping on Saturday night. Come with me and I’ll give you the script.” I wanted to say no, but for some reason, I couldn’t. Besides, this lady was super nice and I didn’t want to say no to her. So I went with her and we proceeded to the office and the producer of the show handed me a blue mimeographed script. It says: PROGRAM: Dulambuhay ni Rosa Vilma WRITER: O.B. Pangilinan MAINSTAY: Vilma Santos. To make the long story short, I ended up appearing with Vilma Santos and Walter Navarro. I played Walter’s younger brother in that episode. Thank God all my scenes were take one. And after the show aired, all my friends teased me non-stop about it. Ateng Osorio was directing films that time as well and she wanted to cast me in them but I begged off. I finally told her that acting is not what I wanted to do. I want to write. She then said: “I’m committed for seven months to direct movies which I have already written myself. After they are all finished, we’ll discuss a movie I will be directing for Barangay Pictures. I have a storyline. You will write the screenplay..." - Jose Mari Lee, Pinoy Comics TV Movies (READ MORE)

I Do Love You (1970) - Eddie Peregrina-Vilma Santos film with Esperanza Fabon and Bebong Osorio. (READ MORE) 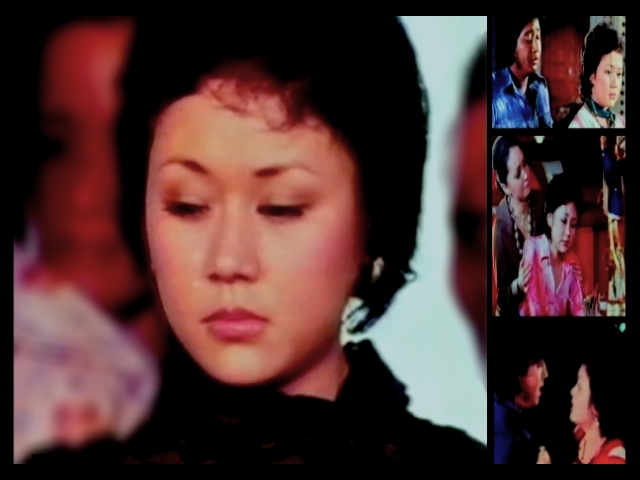 Fely Crisostomo is a Filipina film director and actress. She was the first woman to win the FAMAS Award for Best Director in 1967. (READ MORE)

Karugtong Ang Kahapon (1975) - “…Starring Vilma, daughter of a “happy” couple Eddie Garcia and Gloria Romero. Throw in the other woman of Eddie, Celia Rodriguez and as expected, another morality play was born. Shown at the first MMFF…” - Mario O. Garces (READ MORE) 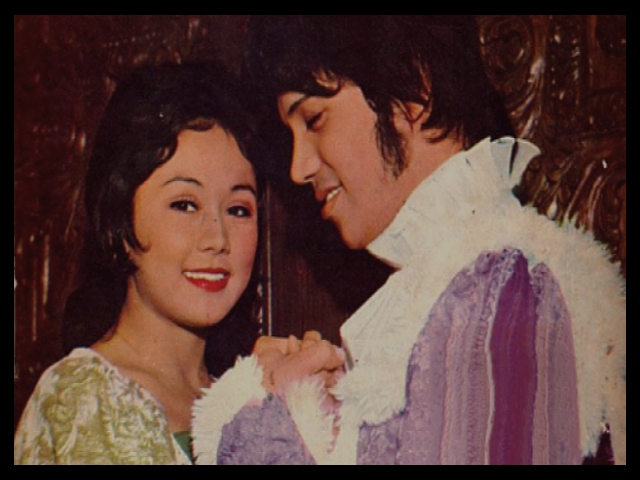 Mga Reynang Walang Trono (1976) Directed by Amalia Muhlach (Amalia Fuentes). "...Amalia directed Vilma’s episode in Mga Reyna and agreed to second billing to Vilma in Asawa Ko. No doubt about it, Amalia Muhlach Sumilang Fuentes, is a Vilmanian. To seal their sisterhood and camaraderie, Vilma is Ninang to Liezl Martinez and to the latter’s son Alfonso. Why, Liezl even sang a song ’’Wind Beneath My Wings’ to her surprised mother that night which drove the strong-willed and still beautiful Amalia to tears..." - Mario O. Garces (READ MORE)