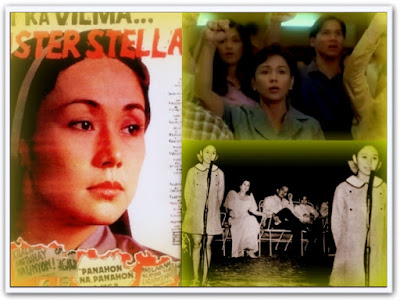 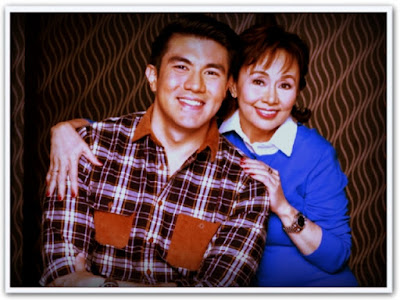 Back in the 1980s, when she was hosting her weekly musical variety show VIP (Vilma in Person), the Star for All Seasons would give a flying kiss and a wave at the end of each episode, then shout, "I love you, Lucky!" Lucky, of course is the nickname of Vilma's firstborn, Luis Philippe Manzano. Although the 34-year-old TV host-Wikipedia ages him a year (We checked, Wikipedia has been corrected - RV), but Lucky himself says he was born on April 21, 1981, making him 34-would rather go by his first name Luis, he hasn't quite gotten rid of his childhood nickname. After all, his own mother still insists he will always be that-her lucky charm. In 1980, Vilma had gotten marriend to actor Edu Manzano, whom she lovingly called Doods. She soon found herself in the family way. "You know how it is in the industry,"Luis tells the story. "If a leading lady gets pregnant, sometimes the value [of the star] changes, the star power changes, because she's gonna settle down. She's no longer that available. In short, Ate Vi was a big, big star, but her pregnancy made her future uncertain. Add that to her growing financial problems, which had made her bankcrupt. "She was so in debt it wasn't even funny anymore."Luis explains. But when Luis was born, her bad luck started to turn around, things started to look up. Vilma having learned her lesson, vowed not to get mired in the same financial situation again. She worked like a horse. "I fully understood-If I don't see my mom, she's working because of me,"Luis recalls. "I know that every single time that she stays out late, it is because of me and the family."

Unfortunately, the long work hours took a toll on Vilma's marriage to Edu. By 1984, the two had separated. "You know, with some children, when their parents separate, they tend to be lost for a while-whter it be you know, in academics- or they tend to experiment too much. Ako when they broke-up, I fully understood that if two people can't be together, why force it? You know, if they try to force the issue, I would pay of for it." Again, Lucky for Vilma. Luis had a "gift of understanding." He accepted early on that his father might have a relationship with another woman and that his mother might get married again - and she did, to Ralph Recto, in 1992. He says he knew that "new people would come in our lives. I welcomed Tito Ralph with open arms." Despite having a different kind of family setup - separated parents, show business, then politics - luis is thankful that they tried to give him a semblance of a normal childhood. He spent weekdays with his mother and weekends with his father. Hi mom signed report cards, went to parent-teacher conferences, and attended basketball games in his school. Not only that, "When I was younger," Luis recalls, "maglalaro kami ng patintero sa labas ng bahay with whole family. Pagkagabi, patintenro kami, the whole family." he muses: "I think that's her parenting style. She wants to have this very casual relationship, yet you don't lose the respect. For her, she's one of the moms who believe in learning on your own- na life is not about spoon-feeding. There are certain aspects in life that you have to lear for yourself.

Like many a Pinoy Kid, Luis had his taste of corporal punishment. He was around three or four years old then. Ate Vi was entertaining visitors at home. Luis, who was probably seeking attention, was holding a toy and was threatening to throw it at the guests. Ate Vi warned him no to throw it. "Binato ko pa rin,"he recounts. "Binalik sa akin, 'Anak, papaluin na kita" Bato ulit! Hinabol daw ako sa ilalim ng mesa. E nahuli young paa ko. Wapak!" Luis got a slap on the hand. Fortunately, it was the first and last time he ever got corporate punishment. The rest of the time he proudly says, talking things out with his parents worked. But sometimes he brought out the dramatic actress in his mother. "Si Daddy, mas mahinahon." Luis tells us. "He's more of a two, three-liner type of guy. Monotone pa. Si Mommy 'yong puno ng emosyon. Medyo sigawan, medyo may gano'n." Life was so normal that Luis did not think much about his mother's celebrity status. He never realized how popular his mother was until, one day, when he was about six or seven years old, his mom decided to drive with him to a supermarket in Magallanes to buy ice cream. "Four steps upon entering the supermarket, wala na. Parang there was a mall show. That's when I realized na Ökay, my mom has this magic, this influence." So I think explanations were not needed. It was more of I got to witness it firsthand." He doubts that his mom really entered malls, except perhaps to attend movie premieres. There was a time, though when she tried to go to Shangri-La Mall in complete disguise, wearing a hoodie and big sunglasses.

But within minutes, a crowd gathered around her. Ate Vi had to go home without finishing her errands. "Parang she has a billboard on her forehead sayingÏ'm Vilma Santos," Luis jests. Of course, he also saw his dad Edu getting public attention when they went out , but it's different when you're a lady. It's different when you're a guy." He explains "Kasi, with my mom, she has to eat in a private room - plus, considering how big of a party we always are. But with my dad kasi we can randomly eat a restaurant, not a room. Hopefully, I still get to do that with my mom." Luis remembers, however, one time when he attended a wedding with his dad, and he saw how the guests started taking photos of Edu. His dad told Luis that they were leaving. Luis asked why. Edu answered: "This day is about the bride and the groom, not about us. Let's not steal the spotlight from the couple's important day." When Luis himself decided to enter showbiz, people close to the family including his parent's friends from the press, were shocked. "They would say na when I was younger, whenever they would visit my mom at home, I was the silent type. I'll be in one corner just looking at them with my glasses." But over the years, Luis transformed himself from the "silent type" to the wittty and gregarious talker that he is now. One time, during a guest appearance on The Sharon Cuneta Show with his dad, the then 22-year-old Luis just captivated the audience with his wit. Soon, TV executives offered him a job as VJ in the music cable channel MYX.

That was in 2003. At that time, Luis was studying hotel and restaurant management (HRM) at the De La Salle College of Saint Benilde. (he originally wanted to take a pre-medicine course, but "being a hopeless romantic got the better of me."He ended up in HRM because of a girl.) His parents allowed him try showbiz as long as his studies wouldn't suffer. He finished the course sometimes in the mid-2000s. As for hosting- well, he's still at it, and he's been doing a good job for the past 13 years. "People see me on TV na nangungulit, being crazy, being obnoxious, and they automatically think it came from my dad,"he says. "But not everyone know that my mom is equally crazy and obnoxious also behind camera... It's a fine mix of my mom and my dad." Luis' brand of humor - witty, satirical, and vain - has gained him a strong following, about a million, on instagram. Recently, he posted a photo of himself with teh caption: "Nung naglayas ako sa bahay, dun nauso and search for Mr. Pogi." Although he pokes fun at his good looks, we twll him that he has the right to be "feeling guwapo" because he is. He disagrees. "Ipanotaryo pa natin 'to; no talaga. Alam ko, mahaba 'young mukha ko. Makulit ako, that's my thing, e. I'm not even saying I'm funny. I'm not even saying that, kapal ko naman. I have my hits and misses when it comes to humor. Makulit ako. I guess people see that I have this positive outlook. Maybe that when they see, that aura. But being guwapo? Iwan mo na 'yan kina Piolo [Pascual], sila 'yan." We have to agree to disagree. As he says, he's a fine mix of his parents. What a truly lucky guy! - Text by Candice Lim-Venturanza, Photos by Ronnie Salvacion, Yes! Magazine, October 2015 (READ MORE) 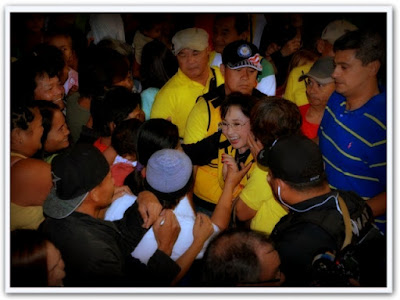 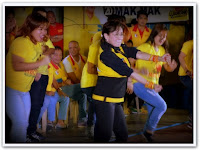 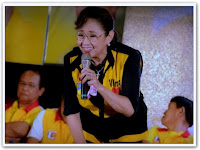 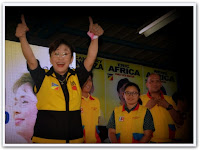 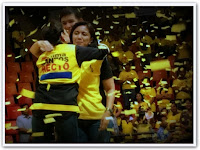 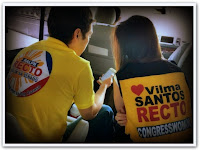 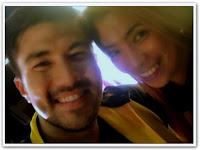