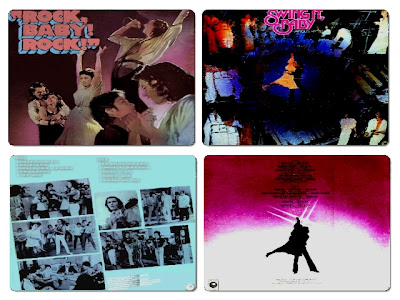 Vi and Boyet: A Loveteam that Endures (Repost)

Mano Po 3, My Love is Vilma’s 23rd film with Boyet and her 190th major movie in her filmography. She also did guest appearances for friendship’s sake in films like Roderick Paulate’s Charot, German Moreno’s Payaso and Jinggoy Estrada’s Erpat Kong Astig. What is the secret of her successful team up with Boyet?

"You know, it’s amazing because we’ve never been linked to each other and yet the public loves seeing our movies together. Siguro it’s because we have this unbelievable chemistry. We know each other so well that tinginan lang on screen, we already know what to do to make a take very good."

Ate Vi turned 51 on Nov. 3 and it’s to her credit that she can manage to look half her age. What is her secret?

"I exercise everyday. If I don’t, I’d get sick. When I feel down or I’m angry about something, I exercise and it makes me feel better. As a mayor, I get invited to a lot of dinners and they’d feel slighted if I don’t honor their invitation. So can you imagine what would happen to me kung kain ako nang kain and I don’t exercise? Also, I never abuse myself. Wala naman akong vices like drugs or alcohol. Clean living. I also have a positive attitude in life. I don’t dwell on negative things as it’s not healthy."

Did she have a hard time playing the role of a Chinese woman in Mano Po 3? "You know, I did a movie before, Baby Tsina, but I wasn’t really Chinese there. In Mano Po 3, I play Lilia Chong-Yang, a socially conscious anti-crime crusader and I get to know more about Chinese culture. We were even taught how to speak Fookien Chinese by a private tutor. Sa dubbing, the coach was there to make sure we’re perfect with our pronunciation of all our Chinese lines."

Why did she choose Mano Po 3 to be her comeback film after a three-year hiatus? "You know, I’ve done some of my best award-winning films with Regal, like Relasyon, Broken Marriage, Sister Stella and Pahiram ng Isang Umaga, so when Mother Lily offered this project to me, which was originally Soong Sisters pero hindi natuloy, I accepted it. I’ve seen the first Mano Po, also directed by Joel Lamangan, and I liked it, so sabi ko, why not do the last installment in the series? Also, here, I get to play a glamorous woman once again. In my last films like Anak, Bata, Bata and Dekada, I play a plain housewife kaya most of the time naka-duster lang ako. For a change, sabi ko, I want to play the role of a well-dressed executive once again. Then there’s the prospect of working with direk Joel Lamangan for the first time."

How is it being directed by Lamangan, who got more identified with Nora Aunor after such award-winning films as Flor Contemplacion Story and Bakit May Kahapon Pa?

"We got along well, kahit alam kong malapit siya kay kumareng Guy. We never felt awkward on the set since he’s very understanding, considering that my schedule allows me to shoot only on weekends. After doing a dramatic scene, he’d even kiss me on the forehead to express his approval. Mano Po 3 is one film I can be proud of. One thing that surprised me is he’s such a fast worker. With other directors, we shoot only one or two sequences a day. With him, we shoot eight to nine sequences a day. And you should be prepared with all your lines and your costume and makeup when you get to the set as he does only one rehearsal and take na kaagad. For this movie, iba ang pinagawa niyang atake namin ni Boyet compared to our past films before. I’m sure the audience will appreciate because it’s really something different."

She’s working with many young stars in the film. How did she get along with them? "With Carlo Aquino and Angelica Panganiban, no problem as they played my kids in Bata, Bata, Paano Ka Ginawa and Lipa Massacre. Pero sina Karylle, Angel Locsin, Patrick Garcia, John Prats, Dennis Trillo, and even Jay Manalo, ngayon ko lang nakatrabaho. When we all went to Beijing, I noticed parang nahihiya sila sa akin so I took the initiative of talking and embracing all of them. By the time we started shooting, they were relaxed and comfortable with me na. It’s fun working with them as they’re all professional and responsible."

How does she feel about the sudden demise of Fernando Poe Jr.? "I really felt very sad as he’s one of the kindest men I ever met. We’ve done three films together. The first one was when I was only 19-years-old, Batya’t Palo-Palo, a big hit. He was the one who taught me how to swim while we were shooting that movie. Before that, I did Dyesebel where I played a mermaid but I didn’t even know how to swim. This was followed by Bato sa Buhangin. Our last film together was Ikaw ang Mahal Ko, which I did after I gave birth to Ryan Christian. Kuya Ronnie is a gentleman in the strictest sense of the word. Talagang maasikaso siya sa lahat ng kasama niya sa shooting and he feeds everyone with great food all the time. He’s fun to work with kasi palabiro siya at masaya talaga kasama. The whole industry will miss him."

We saw Christopher de Leon at the wake of Fernando Poe Jr. at Sto. Domingo with his wife Sandy Andolong and he, too, feels sad about Da King’s passing away. He has worked with FPJ only once, in Agila (1980), where they played father and son.

"But I used to be part of his FPJ all star basketball team that played in various parts of the county," he says. "FPJ is a very caring person. He acts like an adviser when it comes to one’s career. He’d tell me, I saw the trailer of your movie, dapat ganito ang ginawa mo. All his comments are constructive. You know he wants to be of help to you."

Boyet didn’t have a single movie this year except for Mano Po 3. His last one was Mano Po 2 in last year’s filmfest. "I got busy with TV work. I did the soap Hanggang Kailan and the sitcom All Together Now on GMA 7. Now, I’m also busy as juror in Starstruck."

How different is his role in Mano Po 3 from Mano Po 2? "There’s a big difference. In Mano Po 2, I was the family patriarch with three wives. Here, I’m a lover boy. Vilma Santos and I were sweethearts during our college days. My whole family was deported abroad by the Marcos regime so we got separated without me knowing she’s already pregnant. Several years later, we meet again while we’re both attending a conference in Thailand and our love for each other blooms once more. This starts the conflict in the film because she’s already married to Jay Manalo. Ako naman, widower na. Making this film brought me to Beijing and the beautiful ancient city of Ayutthaya in Thailand which is one and a half hours away from Bangkok."

Why does he think his partnership with Vilma continues to thrive even after 30 years? "I just love working with Vi because she is such a giving co-actor. Hindi siya nang-aagaw ng eksena. If the scene is yours, susuportahan ka niya nang husto for you to shine. You can’t help but get carried away kapag siya ang kaeksena mo dahil sa husay niya."

Boyet has just taped a real-life episode with wife Sandy for Magpakailanman. "We play Claro and Carmelita. They’re not celebrities pero maganda ang story nila. I play the role of a blind man. This is my first time in Magpakailanman and I’m glad I’m doing it with Sandy with whom I haven’t worked for a long time."

Next year, he’s going to the US to visit his son, Miguel, 18, who is studying computer graphics in New Jersey. "There’s also an offer for me to do a show with Nora Aunor while I’m there."

We ask Vi and Boyet if they expect their film to win come filmfest awards night.

"It’s nice to win but I don’t want to expect anything," says Boyet. "I’m just happy with the thought that we are able to do this kind of movie and we gave our best to our respective roles to please the viewers."

"More than the awards, I want the film to make money at the box office and be appreciated by people from all walks of life," says Vilma. "At the core of the film is a beautiful love story and a woman’s love for her family. I’m sure a lot of couples will be able to identify with it." Source: Written by Mario E. Bautista, The Star, December 24, 2004 NEWSFLASH