The 2010 campaign was the most difficult (Repost) 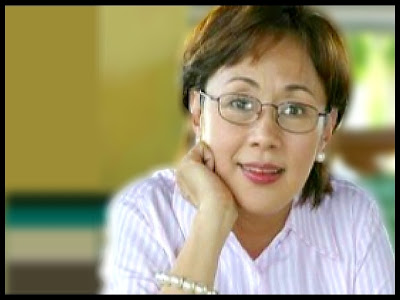 Despite the negative propaganda which almost made her give up, the Governor remains on her seat. Here’s what happened on Gov. Vilma Santos-Recto’s first flag ceremony at the Batangas Capitol after her proclamation.

In an emotional speech last May 17, 2010 during her first flag ceremony after being proclaimed as winner in her re-election bid, Gov. Vilma Santos Recto thanked all those who kept their faith in her administration and supported her and Sen. Ralph Recto during the heated campaign period.

“Serving Batangas again for the next three years is no joke, as it will require a lot of sacrifice,” the first lady governor of Batangas avowed. “But I will do my best not to fail my fellow Batangueños.”

Santos Recto admitted that she felt like giving up at times during the 45-day campaign period as the political rollercoaster ride had her mentally, emotionally, physically and even spiritually drained. It was only the support of her family, particularly husband, Sen. Recto, and her children Luis and Ryan, and the continuous faith of those who believed in her capacity as a leader that cheered her on.

Being an emotional person who is always open and direct to people she deals with, she said she was shocked with all the negative propaganda launched against her. She emphasized that, despite her 12 years in government service, she is still learning a lot, particularly in terms of political relationships. The Batangas Liberal Party chairperson related that the very people who heaped praises on her and fervently tried, until the Certificate of Candidacy-filing deadline in November last year, to make her run for the country’s vice presidency, were the same individuals who attacked her with all the misinformation and lies, when she decided instead to continue her crusade for the province.

“The last campaign was my fifth since I first ran as Lipa mayor, but it was, by far, the most difficult,” Santos Recto surmised. “Maraming salamat sa lahat ng sumuporta.”

She also thanked all the employees who held on to their belief in her, and to all those who did not, she lightheartedly added: “May God bless all of you.” Knowing that she cannot please everybody, Gov. Vi assured those who did not vote for her that: “hindi ko kayo aawayin…I respect all of you. But you have to respect me back.”

With another three years of public service in the horizon, Gov. Vi challenged all provincial employees to work together as a family for the continuous growth of Batangas.

Santos Recto won the May 10 gubernatorial derby as she earned almost 60% of votes casted in the country’s first automated elections. Sen. Recto has also been proclaimed as among the victorious senatorial candidates, while Vice Gov. Mark Leviste and all re-electionist Board Members prevailed over their respective rivals (Wow Batangas).