Woman For All Seasons (Repost) 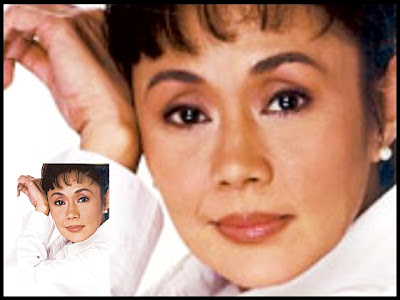 Star for All Seasons Vilma Santos proved that every woman could conquer whatever field she wants to pursue as long as she gives her heart and soul to it.

She's so petite and yet so tall in all her accomplishments in life: as a loving and dedicated wife, a devoted mother to her two sons, a multi-awarded actress, a dedicated public servant and most especially a woman worth emulating. Indeed, Vilma Santos-Recto is also a woman for all seasons. She was able to cross the border of many boundaries in life, in her chosen profession as an actress and now as a public servant. "Gusto ko ang mga challenges sa buhay. Pag sinabi nila na hindi ko kaya, pinatutunayan kong mali sila (I love challenges in life. Whenever they underestimate my ability, I'll prove to them that I can), 'Vilma says when asked by Cito Beltran during the launching of Ponstan SF where she was launched as its official model endorser. 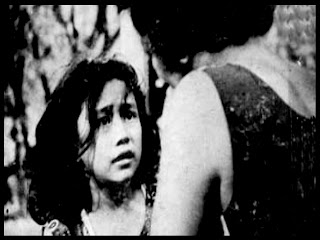 BEGINNINGS - Maria Rosa Vilma Tuazon Santos started as a child actress at the age of nine in Tudis Liit in 1963, the same movie that gave her first FAMAS best child actress award. The daughter of Milagros and the late Amado Santos, Vilma was seen by her mother as a real trooper. Mrs. Milagros recalls, "When she was still a little girl, I saw her ability to make it big someday." Her mother, who was also present during the launching, was acknowledged by Vilma to have introduced her to Ponstan when she was just 21 years old. From Trudis Liit, Vilma transformed to be a lovely teen icon in the late '60s until the '70s with blockbuster movies like Lipad, Darna, Lipad, Dyesebel at ang Mahiwagang Kabibi, Kampanerang Kuba, among others. 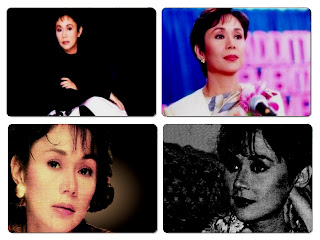 WOMAN'S ROLES - With almost 200 films under her belt, Vilma is regarded as the longest reigning Box-Office Queen of Philippine Cinema. And among these films are critically acclaimed for tackling roles on various women's issues. Burlesk Queen was one of the turning points in Vilma's life and career. From being a sweet teen icon, she proved to be a mature actress in this movie. It was followed by other award-winning movies like Rubia Servious, Relasyon, Sister Stella L, Dolzura Cortez, Dekada '70, Bata, Bata, Paano Ka Ginawa?, and Anak. A versatile and intense actress, Vilma honed her craft through the various top caliber directors, writers and actors she worked with. 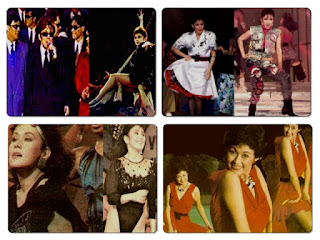 MUSICAL SHOWS - Though Vilma admitted that only her fans would love to hear her singing prowess, Vilma's musical variety TV shows emerged on top for many years - The Sensations, VIP and the long-running multi-awarded Vilma. Again, Vilma proved that she can make wonders whatever it takes. "It's really blood, sweat and tears. But when you love your work, it will love you back," she says recalling her struggles to stay on top of the entertainment industry. 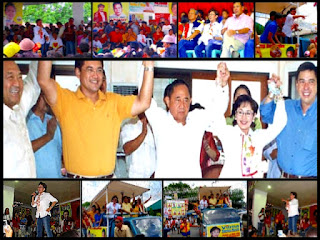 THE BIG LEAP - Marrying Ralph Recto was one of the happiest changes in Vilma's life and it turned to be the road to another career in her life. "I never thought that I will be a public servant, not in my wildest imagination,” Vilma admitted while talking to a lot of eager reporters and writers she obviously missed for a long time. "But this is the life I have now and I believe it was given to me because He (referring to GOD) wants me to make a difference in other people's lives,” Vilma enthuses. The first woman mayor of Lipa and now the first woman governor of Batangas, Vilma considers herself lucky for having earned the trust of Batangueños. "Their faith in me is priceless," says Vilma in another interview. 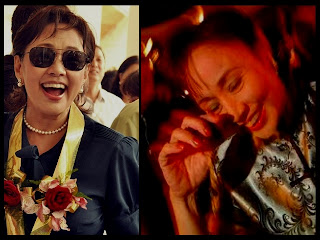 WOMAN STRATEGY - A real woman in all her endeavors, Vilma considers herself the mother of all her constituents in Batangas. She looks upon them as children who need her care and attention. "At first, I did the housekeeping of the province. We had the poverty diagnostic approach to know the concerns of all the constituents of Batangas, then when we got the budget we allocated to my HEARTS priorities,’ Vilma shares when asked about her priority projects for Batangas. HEARTS means health, education, agriculture, road (infrastructure), tourism and security. "I believe in teamwork and family approach. I consider them my family, that's why last Valentine, I gave chocolates to all the departments of the governor's office to let them know that we can make HEARTS work if we are team,'" Vilma recalls.

ACTING AGAIN - For this year, Vilma has two wishes: to start implementing her projects and to make movie. "There are three movies I committed to finish - one with John Lloyd, one with my son Luis and one with Sharon Cuneta but because I became the governor of Batangas, I have to ask for extension because I have to see to it that I implement my projects in Batangas first," Vilma explains begging her fans to wait for her. But she quickly adds, "Whatever I have now is because I am a showbiz personality. I owe it to my first profession but my role is real life. Isang pagkakamali ko lang at pumalpak, masisira ako at ang mga constituent ko. Ayaw kong sumugal (One mistake and it will ruin not only my name but also the lives of my constituents, and I don't gamble). 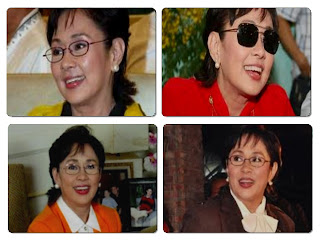 FIRST PRIORITY - But above all these priorities, Vilma admits that being a wife to Ralph and mother to her two sons Luis and Ryan are still her number one priority. Still a woman devoted to her husband, Vilma always acknowledge Ralph's help and inspiration in her career as a public servant. "Public service is Ralph's life and I learned to embrace it through him. Though we have differences in ideas, sometimes we clash, at hindi naman ako magpapatalo (I will not give in without a fight), I listen to Ralph. After all, whatever I achieve as a public servant, I owe it to my husband who has been my mentor up to now,” Vilma enthuses. With Luis, Vilma is a doting mother who just listens to his son's escapades and love life. "I don't want to meddle with my son's life. I just advice him to enjoy life and to do what is right so that he will not commit mistakes that he might eventually regret." She also finds time to help Ryan in his studies. "I help him in doing his projects especially when there are art works and proud ako na honor student ang anak ko,” Vilma says.

TIME FOR MYSELF - With all her roles in life, Vilma sees to it that she finds time for herself. "Ah, yan ang hindi mawawala. Every weekend, I do the treadmill, tae boxing, and yes, even swimming,” she proudly says. I also eat anything but always in moderation. Medyo conscious na ako kasi 38 na ako eh,” she jokingly says. Vilma will turn 55 this year and is not scared to age gracefully. "I think when you're happy, you're comfortable, you find time for yourself, you exercise, you eat good food in moderation and you love what you're doing, then it's the secret." As a parting word Vilma says, “When I was able to make a difference in other people's lives, then it adds to my positive outlook in life and it inspire me to do more." 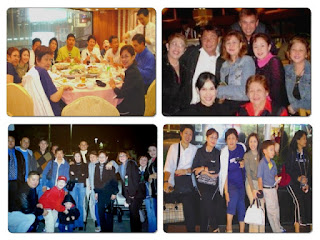 UNSTOPPABLE PARTNERSHIP - For more than four decades, Ponstan has been relieving body aches, pains, making it a household name when it comes to reliable fast relief. Just about the same time when Ponstan was strongly gaining the trust of consumers, the public witnessed the emergence of a talented and eye-catching young performer who will later become the country's multi-awarded actress and eventually the first woman governor of the province of Batangas. "We are very excited and honored to have Gov. Vilma Santos-Recto as our celebrity endorser. We could not have chosen anyone else to effectively communicate the brand's message to the public," says Laiza Filart, Ponstan SF product manager. Filart further states that the choice to have Gov. Vi as the latest face behind Ponstan is the striking parallelism between the brand and the hardworking public official. "They are really fit to be unstoppable partners," she adds. Gov. Vi has been known to pull all the stops whenever she sets her eye on her goals. As a show business personality, she aimed only for the best, which made her the most awarded actress in the country. As a politician, she willingly took the challenge posed by her constituents and run for the gubernatorial seat in the province of Batangas in 2007, earning her the title Ina ng Batangas. And as a family woman, she is never short in filling their home with love, respect and happiness. As Gov. Vi juggles her schedule as a politician, an actress, a wife and a mom, she sometimes finds herself in pain - whether in the form of a headache or backache. Whenever such pains strike, Gov. Vi relies on Ponstan to help her get through the day. "My work is physically, mentally and emotionally demanding. So when I get a headache, I immediately take Ponstan to relieve the pain." states Gov. Vi. - Lea Manto-Beltran, HEALTH NEWS magazine, Mar 2008 Global Vilmanians