That Was Only The Beginning, Folks! 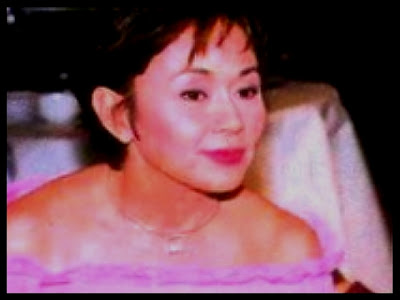 Vilma loyalists Maribeth Bichara, the choreographer, and Super Morales, the writer, reminisce on the dekada that followed the ‘70s – the decade of Vilma In Person. Vilma’s best point is her dedication to work. Example? Me sakit nuon si Lucky (Luis Manzano, her son by Edu Manzano, But we had a show in New York. When she assured that he’s well na, immediately she packed her things and we all proceeded to New York to attend to her commitment.

Minsan while performing nasabit ‘yong damit niya. But nobody noticed it at hindi naman nakita sa camera. Would you believe na ipinaulit pa ‘yong number niyang ‘yon despite our persistence na hindi naman nahalta sa screen ang nangyari? But she said, “I want it to do it again. I want a 100 percent performance na walang sabit-sabit kahit damit o anuman.” She insisted. That’s how concerned she is with her performance. Siya nga naman ang nakikita ng audience at hindi kami.

You don’t do things halfway with her. Ibang klase ‘yan. She is a perfectionist. In Vilma In Person, she got fitted every Monday. Thursday pag-isinuot na niya ‘yon, dapat walang kulubot, walang pin sa strap. Anything she noticed that she thinks wouldn’t be perfect in the eyes of the audience, hindi uubra sa kanya. If something happens, ayan tatakbo kami ng Rustans para ikuha ng eksaktong fitted na damit para sa kanya. She’ll never go onstage unprepared. She used to tell us, “Those people go out their way to see me. Some of them have traveled a long way so they could come.” She wanted to give her audience what they deserve to see.

She can be extremely conscious of her looks. When something worried her, she would tell us, “Huwag ilapit ang camera sa akin.” And we do that. But the moment she sees people, the audience, nag-iiba ang glow ng mukha niya. She forgets completely about whatever is troubling her and you can see how alive she is. The moment she is out of the lights, ayan uupo ‘yan, na parang rag doll sa isang silya and again nandidiyan na naman yong problema sa mukha niya.

She’ll never remove her bangs. Kahit na kapiraso dapat may nakalawit sa kanyang noo. During a shooting, ibina-brush ‘yung hair niya. Of course, makikita ‘yong kanyang forehead. We did it several times pero hindi talaga siya pumayag until somebody told me na it’s useless. She’ll never do that. There is not one person who can convince her to remove her bangs completely.

She loves telling stories. She is an insomniac so 12:00 midnight na buhay na buhay pa rin ‘yan. One time we listened to her kawento for five hours. May patayu-tayo pa ‘yan sa ibabaw ng bed, kuntodo with gestures pa. Just being with people make her happy. I think when you remove people around her, she’ll just die. 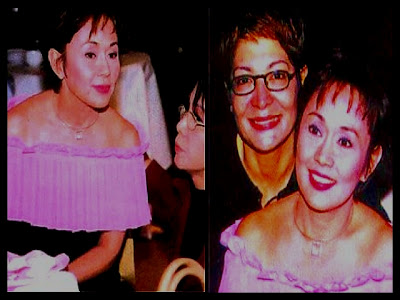 What’s the most memorable gift she has given you?
Maribeth Bichara: Her starting me off as a choreographer. Alam mo bang na noong mga panahon yaon sina Mel Feliciano, si Geleen Eugenio at si Al Quinn lamang ang mga kilala. I was practically a nobody. But a Vilma Santos trusted me.

What’s similar between you and Vi?
MB: We are both perfectionists. There are times when she has her tamtrums and when I also have mine. Minsan while singing she wouldn’t want to do some dance steps kasi mahirap nga naman, but I usually insists that she has to do it. She gets irritated, she leaves but after sometime back na naman siya and we set a compromise. Kaya naman hanggang ngayon ang laki-laki ng respeto namin sa isa’t isa.

What the one thing people don’t know about Ate Vi?
MB: Do you know that she can be very funny? Alam ninyo bang may pagkatsismosa din yan? Aah, always, curious ‘yan about what’s going on. Walang kaplastikan agn babaing ‘yan!

How is Ate Vi as a person?
MB: And I have never seen such a person rolled into one: She is a very good sister, a good daughter and as a mother, she’s also tops.

The best advice she has given me?
MB: That I should be happy and to look for somebody…

How did you handle her moods?
MB: If she’s in a bad mood, I get challenged. I say to myself, O, sige maypai-star ka nga sa akin. What I like is she listens to me as much as I listen to her.

How did you react when VIP has to fold?
MB: VIP has to axed when Vilma got pregnant with Ryan. O, how we cried together. Ang dami-dami pa sana naming plano nuon!

How is she as a friend?
MB: She can be a very good friend. But you have to be very truthful and honest with her. We keep the friendship because of this. She tells me that I don’t look good on TV. - Super Morales, Len Llanes, Starstudio Magazine, December 2002