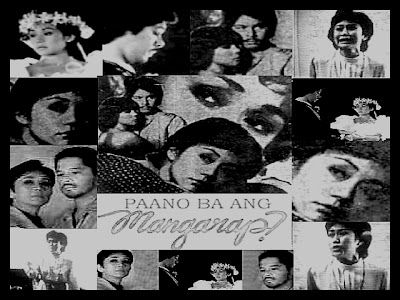 Plot Description: Despite their different social backgrounds, Lisa (Vilma Santos) and Benny (Jay Ilagan) have found their match in each other. Unfortunately, Benny dies before they could marry, and Lisa is left with no choice but to seek the help of Benny's parents. But their arrogance is as lofty as their fortune, and to them, Lisa is nothing but an opportunist. Their only concern is their late son's unborn child that Lisa is carrying in her womb. The only person who treats Liza with kindness is Eric (Christopher de Leon), Benny's brother, who has secretly fallen in love with her... – Kabayan

Pregnant Lissa's (Vilma Santos) misery starts when her wealthy boyfriend Benny (Jay Ilagan) dies in a motorcycle accident. Impoverished, Lissa seeks security for her child with Benny's malevolent mother Doña Francia (Armida Siguion-Reyna). Her one request is to stay at their house until she gives birth, then leave the infant to their care. Doña Francia abuses Lissa who works for her like a maid, leading to the death of Lissa's mother. Benny's brother Eric (Christopher De Leon) falls in love with Lissa and marries her to the indignation of Doña Francia who denies Lissa of her son. Lissa marries Eric not for love but to be with her son and eventually gets pregnant but has a miscarriage. Disheartened, Eric turns to her ex-girlfriend Maya (Amy Austria) with whom Eric goes on a world tour. Meanwhile, Doña Francia surreptitiously brings Lissa's son to the U.S. - TFC Now (READ MORE) 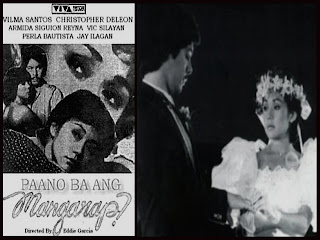 Film Reviews: Paano Ba Ang Mangarap? rates high for its slickness and production gloss, something that its producers, Viva Films, shouldn’t hope would last them more than two seasons. Eddie Garcia is a good director. He stages his scenes well, with a minimum of fuss and a modicum of winning faith in narrative primacy. Viva’s movies are well-structured, well-paced, and at their best show how the cosmopolitan Filipino behaves under romantic stress. But if you get past that level and dig into substance, you encounter that self-same compost pit wherein all the biodegradable scraps of melodrama you can find southeast of your favorite mother’s kitchen have been thrown. Such is the case, to a most lamentable extreme, with Paano Ba ang Mangarap? It’s well-acted, well-done, tastefully correct in elementary mode. But it is strictly local comics fare, this well-wrought turn of circumstantial twist and escalating conflicts which all spell high drama. Viva makes films that are at best our answer to Hollywoodian slick, the stuff of which The Other Side of Midnight and Imitation of Life are prime generational examples. The Barbra Cartlands and Harold Robbinses turned celluloid; Mills and Boon on the big screen.

Here you have two fine actors, Christopher de Leon and Vilma Santos, waxing once again with their special chemistry. Boyet is so good he can, by merely varying his inflection, go through a simple line like “Tama na..” three times and prove positively sensitive and believable each time. Subtlety of feeling is shared equally well by Vilma Santos. They are both aware of the value of underplaying their emotional scenes, so much so that in any confrontation with other thespians who play their role to the hilt, these two, Boyet and Vilma, come out on top through the simple process of undercutting. Vic Silayan and Perla Bautista are equally good in Paano Ba ang Mangarap?, but it is Moody Diaz who wins us over by applying a different tack in her “mayordoma” role, something that is usually played for laughs and other such effects by less gifted, or less imaginative, performers. Armida Siguion-Reyna is hampered by her termagant mother-in-law role, the catch-all character of cruelty spawned by all the soap opera dramas of Philippine comics and radio serials. And she plays this thoroughly unbelievable character, typecast as she already is, much to the hilt. That fantasy scene where she makes out like a satanic figure, though well-shot by Romy Vitug, is quite embarrassing for a picture like this, except of course we know that it is based on a comics serial where such fictive excesses may appear.

Here is where this otherwise finely-crafted film suffers. Viva knew it had to be faithful to the comics serial, so in effect opted for the surefire commercial draw at the expense of a truly artistic, credible film. I’m not saying that a character like Mrs. Monteverde does not, or cannot, exist. Perhaps one in a million. Filipino mothers can be as overbearing, prejudiced, unfeeling, and downright cruel. But to have a situation where an improbable character like her meets up with other improbable characters like the one Vilma and Christopher play, is stacking up the cards too much on the side of atrocious melodrama. Vilma is the martyr type who would subject herself to indignities just so her coming child can have a name and possibly better upbringing. Boyet is the unloved son who would ditch his sophisticated girlfriend (Amy Austria, who is still uncomfortable in such role, so she doesn’t fare too well here) for this martyr-type who’s been impregnated by his brother. Now, any of these characters may exist, if by a long chance. But to have them all together living under the same roof is stretching the bounds of possibility much too much. Furthermore, it could have been a better ending had the Viva bosses decided to stop at that scene where Vilma finds herself left alone on Christmas in the rich surroundings she has always dreamt of. Now only the household help can give her token solace by way of a collective gift. It is a poignant scene, stylistically done to proper effect with the usual Viva-film theme wafting through in support of silent montage. It could have been a good open ending, with overtones of irony laying themselves squarely on Vilma’s character. But no, of course one can’t disappoint the followers of the original comics serial. So the story goes on through further typical maneuverings until we’re given at least a semblance of a happy ending. A missed chance, I say. Written by Alfred A. Yuson, "A missed chance," Philippines Daily Inquirer, 17 July 1983 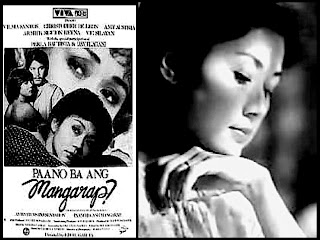 "...The movie showed Garcia's strengths as a director—able to motivate his actors, frame sequences and scenes, and efficiently tell a story.  Those qualities would be very evident in the 1980's when Eddie Garcia directed the biggest blockbusters of Viva Films...But his best movies were domestic dramas that gripped audiences for their complex take on relationships and their tendencies toward tortured, twisted operations. Hallmarks of this genre were "Sinasamba Kita" in 1982 (Vilma Santos cruelly treating her half-sister), "Paano Ba ang Mangarap?" in 1983 (cruel mom-in-law seizing her grandkid from his mom, played by Santos), and "Magdusa Ka" in 1986 (an illegitimate daughter claims her birthright but finds life in her rich dad's mansion a cruel torture).  His last most significant movie as a director was obviously "Abakada Ina" (2001). In telling the story of an illiterate mother struggling for her children's attention against her mother-in-law who's a schoolteacher, Garcia seemed to go back to the standard traits of his best domestic dramas, with their take on the meanness and cruelty that seem to underlie filial relationships..." - Lito B. Zulueta (READ MORE)

"...Despite their different social backgrounds Lisa (Vilma Santos) and Benny (Jay Ilagan) have found their match in each other. Unfortunately Benny dies before they could marry and Liza is left with no choice but to seek the help of Benny's parents. But hteir arrogance is as lofty as their fortune and to them Liza is nothing but an opportunist. Their only concern is their late son's unborn child that Liza is carrying in her womb. The only person who treats Liza with kindness is Eric (Christopher de Leon) Benny's brother who has secretly fallen in love with her..." - Mav Shack (READ MORE)