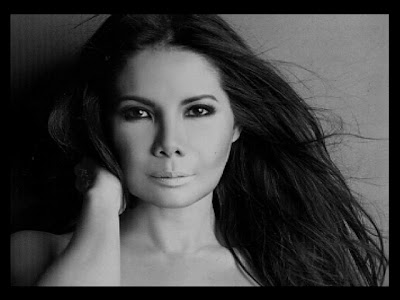 The Natural Way - "...Yes, she’s 46 years old and yet still possesses a 36-25-36 vital statistics. Who wouldn’t flaunt this figure? “I’m confident with my body, and I love being in my 40s because I’ve proven that aging is never an excuse not to look sexy,” Carmi shares. Indeed, she even broke boundaries so she could inspire women to look their best and be more confident. This summer, Carmi is the only celebrity in her 40s wearing a swimsuit — a gold, sequined, cutout maillot — on her much-talked-about billboard along EDSA, Guadalupe. “Honestly, I was hesitant at first,” she says. “I had this feeling that I’m already 46, I don’t want to wear a swimsuit for the billboard. I felt like I was finished with that. But I was convinced because I trust the slimming center that I endorse. I’d like to encourage women and say that even in your 40s, you surely can! Marie France makes it possible,” she says. For 24 years, Marie France has set the bar higher in the slimming industry by introducing the latest, most innovative and highly advanced non-surgical treatments. “Their treatments are the best! My body has always been voluptuous since the ’80s, but as I age, my metabolism has slowed down and I started to get flab,” Carmi says. “I tried exercising, but it wasn’t enough. That’s why it’s important to get professional help with Marie France. I couldn’t achieve my desired body by myself.” So how did she achieve her billboard body? “I really prepared. I knew I could do it. In just three weeks, I’ve effortlessly maintained my 25-inch waistline and my curves. No surgery, no cuts. I love the natural way!” she says...." - The Philippine Star (READ MORE) 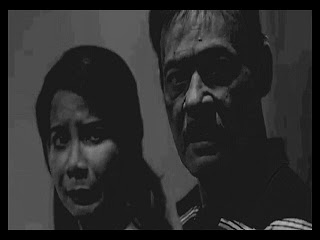 Bible Studies - "...Asked about the status of her lovelife, Carmi said she is not seeing anyone at the moment. She added, "Alam mo, minsan nga parang nakakaiyak, kasi that is my greatest dream, to have my own family," she said. "I am still hoping that it will happen," the 46-year-old actress said. She went on and shared some learning from her church, "Parang 'yun ang ginagawa ko, eh, while waiting for something that you really like, you feel the empty jars that are surrounding you. "Meaning to say, use your talent. Don't just sit there and wait parang feeling miserable. Kasi, sometimes, we feel miserable and desperate, di ba?" Carmi admitted that there are times when she can't help but worry. "Kaya lang, minsan nagiging scary, parang ang nakikita ko ngayon, just like other women, mahirap humanap, most especially here in the Philippines. "Parang ang dami 'atang either married, o ang gusto niya to marry another man, or babaero, o, masama ang ugali," Carmi sighed. Carmi related that her experiences in previous relationships made her cautious in giving her heart away. "It's the way I look at it, baka kasi ang hinahanap nila 'yung challenging ganyan, ganyan." Carmi said that she oftentimes has second thoughts about the true intentions of her suitors. And then she added, "...pagka andun naman 'yung mabait, feeling ko boring!" Carmi burst out in a resounding laugh. She said her friends tell her she may be afraid of commitment. "My friends are saying, 'Alam mo, tingin namin sa 'yo, ganyan ganyan ka lang,' pero mukha daw akong takot mag-asawa. Kasi, even in our bible studies pag naririnig ko na 'yong mga hinanakit ng mga misis, 'Naku ano ba iyan, ayaw ko marinig iyan!'" Whimsically she confessed, "Pero, I'm still dreaming, I'm still hoping, kasi ang gusto ko, eh, something. Nothing is permanent here in our world. But, I want something semi-permanent, someone who will be with you 'till the end of your life...." - Nica Tomines (READ MORE)

The Healing (2012) - "...Stories about the Filipino tradition of going to faith healers for guidance and treatment of ailments have not yet been tackled in-depth in movies. And in our film, the viewers will not just be horrified, they'll somehow be challenged to think as to how faith healing has already been part of our culture..." - ABS-CBN News (READ MORE)