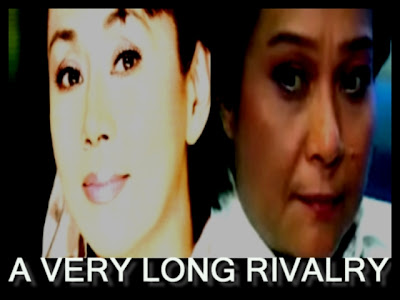 Vilma Santos’ triumph as Best Actress – for Mano Po 3 (My Love) – at the Metro Manila Film Festival in December 2004 parallels her greatest rival Nora Aunor’s similar feat at the Manila Film Festival last June, where Nora won for Naglalayag. So it goes without saying Nora and Vilma will once again be major contenders for the top acting honors in this year’s awards season. Nora, for the Maryo J. delos Reyes opus in which she portrayed a lady judge who fell in love with a man half her age; while Vilma, for Joel Lamangan’s romance-drama about a Chinese anti-crime crusader torn between her family and a past love. Nora versus Vilma. Their acting duel is never ending. All these years, their fight for the Best Actress plum in practically all the local award-giving bodies has been much anticipated since.

In 1988, Nora did a guest role in Takot Ako, Eh! (topbilling her popular kids) and produced under her NCV Films outfit the ill-fated Greatest Performance (co-starring her were Tirso Cruz III and Julio Diaz), which was rejected by the executive committee of the 1988 MMFF. Nora then would have debuted as movie director, but unfortunately her Greatest Performance never got shown.

1989, A series of unfortunate events seemed to hound Nora’s career up to this point. October 1, 1989 was to be the last airing date of the 22-year-old musical-variety show Superstar on RPN 9. A month later, it was revived on IBC 13 with a new title, The Legend … Superstar, but this was short-lived lasting only up to early 1990. Naging mas masuwerte si Vilma Santos sa hinu-host na Vilma! on GMA 7, which started in 1981 as VIP (Vilma in Person) ng lumang BBC 2 (naibalik sa Lopez owners ang ABS-CBN after the EDSA Revolution). Nagbida si Vilma sa isa sa mga pinakaimportanteng pelikula ng Dekada ‘80: Regal Films’ Pahiram Ng Isang Umaga (by Ishmael Bernal), na sinimulan in 1988 at ipinalabas in early 1989.

As of 2012, Vilma Santos and Nora Aunor are very much in demand. Aunor finished a teleserye in 2011, "Sa Ngalan Ng Ina" and an unreleased movie with ER Ejercito. She secured a contract for several projects under TV5 that included television projects and two films.  She also had a voice treatment (ala-Brit singer, Adele) to restore her much-loved voice and completed an Indie film titled Thy Womb directed by Brilliante Mendoza.  Meanwhile Vilma Santos, remained politically involved with her job as the Governor of Batangas.  Also, she started a film with Kim Chiu titled "The Healing"  and slated to do another film.  A semi-biographical book is in the works to celebrate her five decades film career. - RV 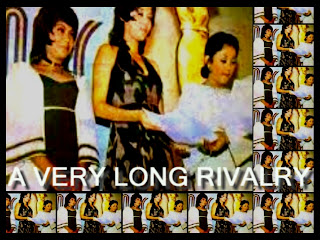