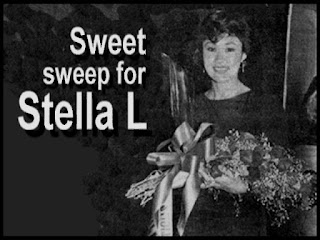 ECP’s Misteryo sa Tuwa went home with two remaining awards for Best Production Design for Don Escudero and Rodel Cruz; and for Best Cinematography by Rod Lacap. For his outstanding contribution to the film industry, the Manunuri ng Pelikulang Pilipino bestowed a special award to William Smith. Smith is particularly renowned for bringing into the country the first colored film laboratory. 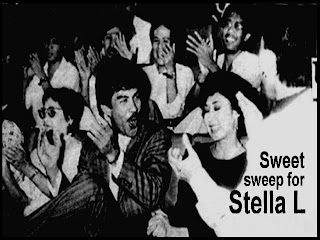 Some people could use a lesson in courtesy. At his age, Smith, understandably, could hardly walk, speak well or display clarity of thought, theresore, the need for him to read his remark of thanks from a piece of paper. While national artist Lamberto Avellana and veteran actress Mary Walter paid due respect for Smith, a young man seated beside us took note of this and declared, “Pare, ‘yung speech niya binbabasa pa niy, o!”

Although the presentation ran smoothly and briefly (yes, the audience were relieved of long waits and intermissions), notable was the marked seriousness about the atmosphere that night. Champoy’s twosome’s (emcee Cherie Gil and Noel Trinidad) efforts to perk up the audience were futile.

The Urian show, furthermore, lacked star luster. Several guest stars failed to attend the ceremony as shown by the many vacant seats. Some presentors even had to go upstage twice. Have we sudenly grown weary of awards rites?

Even the major awardees were not present to claim their trophies, thus only Vilma posed for photographers at the end of the show. Source: Pinoy Exchange