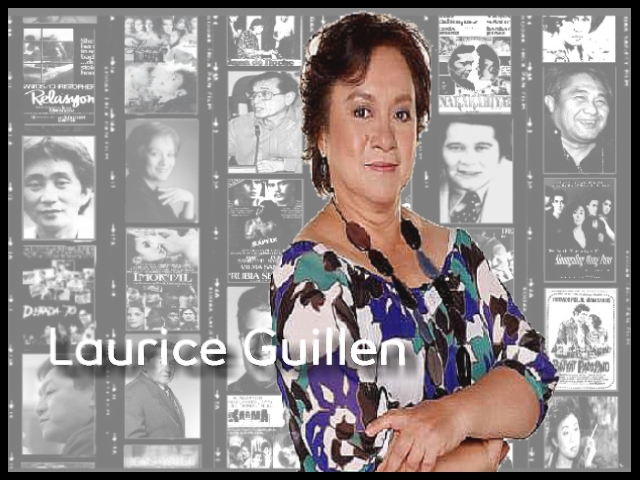 204 films, 70 directors, 5 decades, Vilma Santos, one of the original Philippine movie queens, rose up to become the versatile actress that has been given the fitting title of “Star for All Seasons” because of her capacity to adapt to the changing mores and values of the Filipino woman, giving a face to their plight and struggles, albeit in success both critically and box-office wise in some of Philippine cinema’s classics such as Trudis Liit (1963), Lipad, Darna, Lipad (1973), Burlesk Queen (1977), Relasyon (1982), Sister Stella L. (1984), Alyas Baby Tsina (1984), Pahiram ng Isang Umaga (1989), Dahil Mahal Kita: The Dolzura Cortez Story (1993), Anak (2000) and Dekada ’70 (2002). This are top ten directors who contributed to her success. - RV (READ MORE)

Kapag Langit Ang Humatol (1990) - "...Fortunately, director Laurice Guillen has more faith in her material, more respect. For she has not only come up with a beautifully-photographed, well-edited and generally superbly-acted melodrama. She has also held up to us a mirror of the dreams and aspirations, the frustrations, suffer¬ing and uncomplicated lifestyle of the so-called masa. Moments of the heroine’s unmitigated oppres¬sion in the hands of her evil mistress is age-old reality in Philippine life and, quite logically, litera¬ture. Her soul nearly scarred by her excruciating, degrading experience, she somehow manages not only to survive but also to rise from her humble, bleak origins, when she leaves the hellhole and finds hope and rewards in the city. In true melodramatic fashion, she plots out her revenge, but alas, even in carrying it out, she must pay dearly, nearly tragically. Feminist observers may easily notice that in this picture – as in, they would say, Philippine society -it is the women who run things. They domineer and dominate, manipulating the men, even the men they love. True enough, from the very beginning, it is the mistress and her poor servant who move things, decide, and tell men what to do. It is they who plot out schemes and plan their destiny. The same is true even with the minor characters, those played by Kristine Garcia (who virtually drags the farm stud into a stormy affair and pushes him to run away with her), Eula Valdez (who pulls the trigger that ends a chapter in the drama), Charo Santos (the single mother and self-made tycoon) and Carmina Villarroel (the young woman who tries to extricate herself from the mess which her quarreling mother and grandmother have created). For their part, the men are pushed around, fooled and overtaken by events: the weakling lover (Gomez), the perpetually horny stablehand (Wil¬liam Lorenzo) and the young and rich heir (Jeffrey Santos). All in all, it is a glossy and well-crafted movie, with marvelous performances by Ms. Santos and Ms. Romero." - Mario A. Hernando (READ MORE)

Ipagpatawad Mo (1991) - "...The movie is poignant, nevermushy. It isnotthe run-of-the-mill tearjerker that relies on maudlin theatrics and melodramatic devices to touch the hearts of moviegoers. Surprisingly, despite the frustrating problem facing the movie couple, moviegoers did not seem to be depressed by the movie. Attempts to "commercialize" the film may be seen in the comic relief provided by the protracted spats between the two kids' yayas (Ruby Rodriguez and Jinky Oda). But the heavy subject and the conditions in the local film industry allow us to accept the filmmakers' decision to inject such crowd-pleasing elements. Though the late Lino Brocka has made a posthumous telemovie on the same subject autism — with a similar dramatic situation in the still-unreleased "Lampang Kerubin," this is the first time in recent memory that a Filipino movie tackles the subject with seriousness and compassion..." - Butch Francisco (READ MORE)

Laurice Guillen is a Filipino actress and director. A protege of Lino Brocka, Guillen began her first major work as a director with Init sa Magdamag. In 1984 she directed Salome, which was shown at the Toronto International Film Festival and described as "the kind of cinematic discovery that single-handedly justifies the festival's existence". Ipagpatawad Mo was also directed by Guillen, as was Dahil Mahal Kita: The Dolzura Cortez Story in 1993, before her retirement from filmmaking. Dedicating herself to the Marian movement, Guillen made pilgrimages to churches and cathedrals throughout the Philippines with her husband, believing that Mary had called on her to experience a spiritual renewal. By 1998 she was thinking about returning to filmmaking, and following a good reception of Ipagpatawad Mo by a group of priests, who encouraged her to back into filmmaking, along with an appearance on Kris Aquino's talk show, she did so. - Wikipedia (READ MORE)